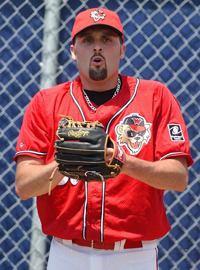 Ryan Douglass was born in Pittsburgh and grew up in Elliott West End. He started playing baseball when he was six-years-old for Elliot West End Athletic Association. He still learns something every time he takes the field.”Baseball is a game that should be played hard, with intensity, and everything you have should be left on the field when the game is over,” he said.

Ryan played for several different teams and organizations in the Pittsburgh area in his teenage years. Throughout this time he started getting noticed by local scouts. He then attended Bishop Canevin High School where he played varsity for four years. His freshman year, Ryan threw a NO HITTER in the WPIAL semifinals against New Brighton. From that day forward he continued to improve on the mound. During Ryan’s senior year, he led the team to the WPIAL finals and PIAA finals, finishing 9-2 with 0.69 era, 69 innings pitched, 121 strikeouts and 10 walks. In his four years at Bishop Canevin he was All Section every year, finished with 27 victories, two WPIAL silver medals and one PIAA silver medal.

Ryan was then chosen by the Kansas City Royals Baseball Club in 1997 in the 13th Round of the Major League Baseball Draft. With the Royals Organization, Ryan fulfilled his contract playing seven years with them. He was able to get to the Double ‘A’ level in this organization – Wichita Wranglers. During spring training Ryan was called to several split squad games with the Major League Team. Ryan became a free agent in 2004 and signed with the Montreal Expos for one-year. He was able to play for the Brevard County Manatees and Harrisburg Senators, the Double ‘A’ team for the Expos.

Ryan’s last year playing professionally was in 2005 with the Washington Wild Things in the Frontier League. He was able to start the All-Star game that year and finish with an 11-3 record, 3.25 era. Ryan finished his professional career with over 850 innings pitched, 500 strikeouts and a lot of great memories.

“Being able to play professionally for nine years is something I will always remember. I was able to learn a whole lot about the game in every aspect,” he said. “Now, I want to instill in children what I was able to pick up from major league players who were my coaches and the first hand experiences I had playing.” 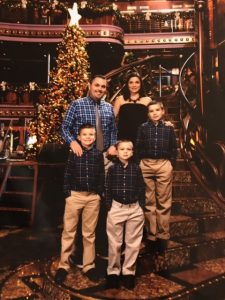 To sponsor our clinics:

Via PayPal and all major credit cards, click on the button below: